Now reading: The History (and Future) of Keys
Share
PrevNext

Have you ever been told that a certain habit is the “key to success?” If you’re lucky and well connected, you might have been granted a “key to the city,” a tradition with medieval roots that is meant to confer trust and honor. Or perhaps you’ve given someone the “key to your heart” in a gesture of vulnerability and guardianship.

Clearly, there are a number of symbolic psychological and religious attachments to mankind’s use of keys. But what’s the actual history? Historians believe that strips of bark or a throng of leather were the first locking devices prior to the advanced state of civilization. (Note the original publish date of the linked article — 1857! It appears that the curiosity surrounding keys has deep roots.)

Just a strip of leather to serve as a barrier between you and the outside world.

See if you can wrap your head around this: The first locks — and subsequently the first keys — appear to have originated between four and six thousand years ago in ancient Babylon and Nineveh. Interestingly, scholars believe that both Western and Eastern civilizations independently developed the idea of the lock and key, with little sign of cultural exchange until later on in history.

The first locking mechanisms were made out of wood (can you imagine the splinters we’d get from lugging around a handful of wooden keys today?!). These simple wooden keys essentially hid small pins in a small opening near the bolt, which could be lifted and opened by a toothbrush-shaped wooden key:

Unfortunately, the wooden key posed several disadvantages to today’s metal ones. In addition to being bulky, they could easily be forced through or broken with brute force.

The next major advancement of keys came in Ancient Rome, whose engineers and inventors began using iron and bronze. 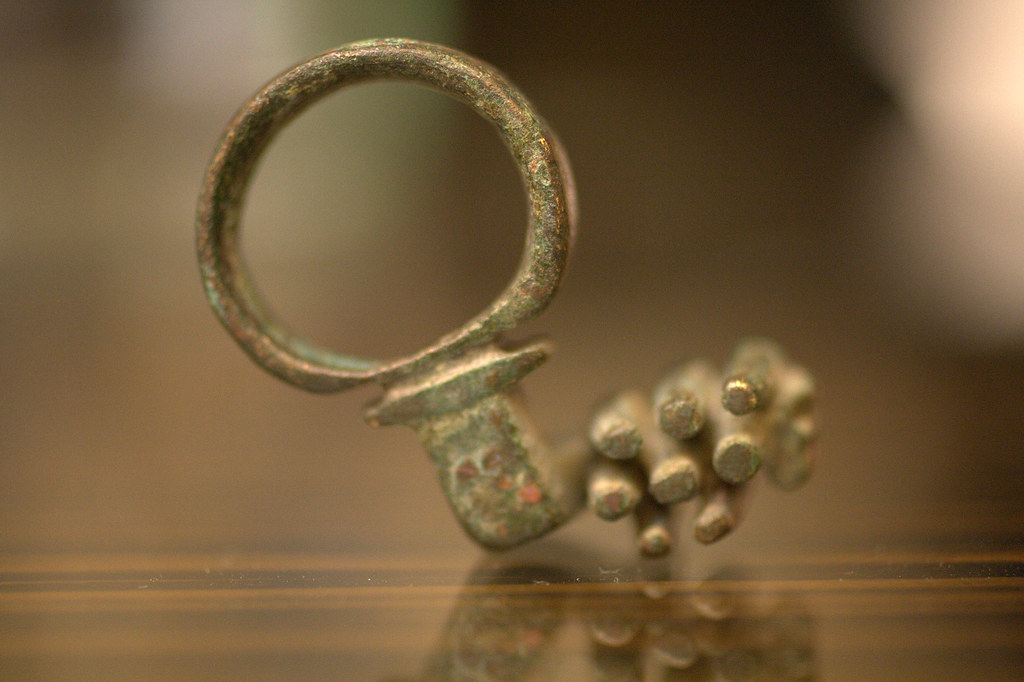 The result? Stronger, smaller, lighter keys. During this era, the shape of the key changed from flat structures with pins on the end to what we call a “skeleton key” today. If you’ve ever stayed in a pre-war B&B, there’s a chance you’ve seen one: It has a cylindrical shaft and one single, thin and rectangular tooth.

In the centuries that followed, mankind developed more precise metal-working skills. Metal keys were evidently used in medieval society for the fortification of castles, gates, dungeons, etc. In fact, locksmiths who painstakingly created locks and keys by hand and were employed only by the rich.

It wasn’t until the 19th century that modern “flat keys” were first introduced to the public by Linus Yale, Sr. This type of key is easily replicated in large numbers — and that’s why today, the majority of the locks in the world use flat keys that activate mechanisms invented back in the 1800s.

You’re holding a bit of history on your keyring — how about that?

Although carrying keys is certainly nothing new to humanity, our daily usage can now be simpler and more organized than ever. To bring keys into the 20th century, we've brought leather back into the picture! But it's the functional magnets that take your keyring into the future.

Want to see what we mean? Check out our Ferris KeyLoop Kit. The Evolution of the Home Office

These Are a Few of Our Favorite Things